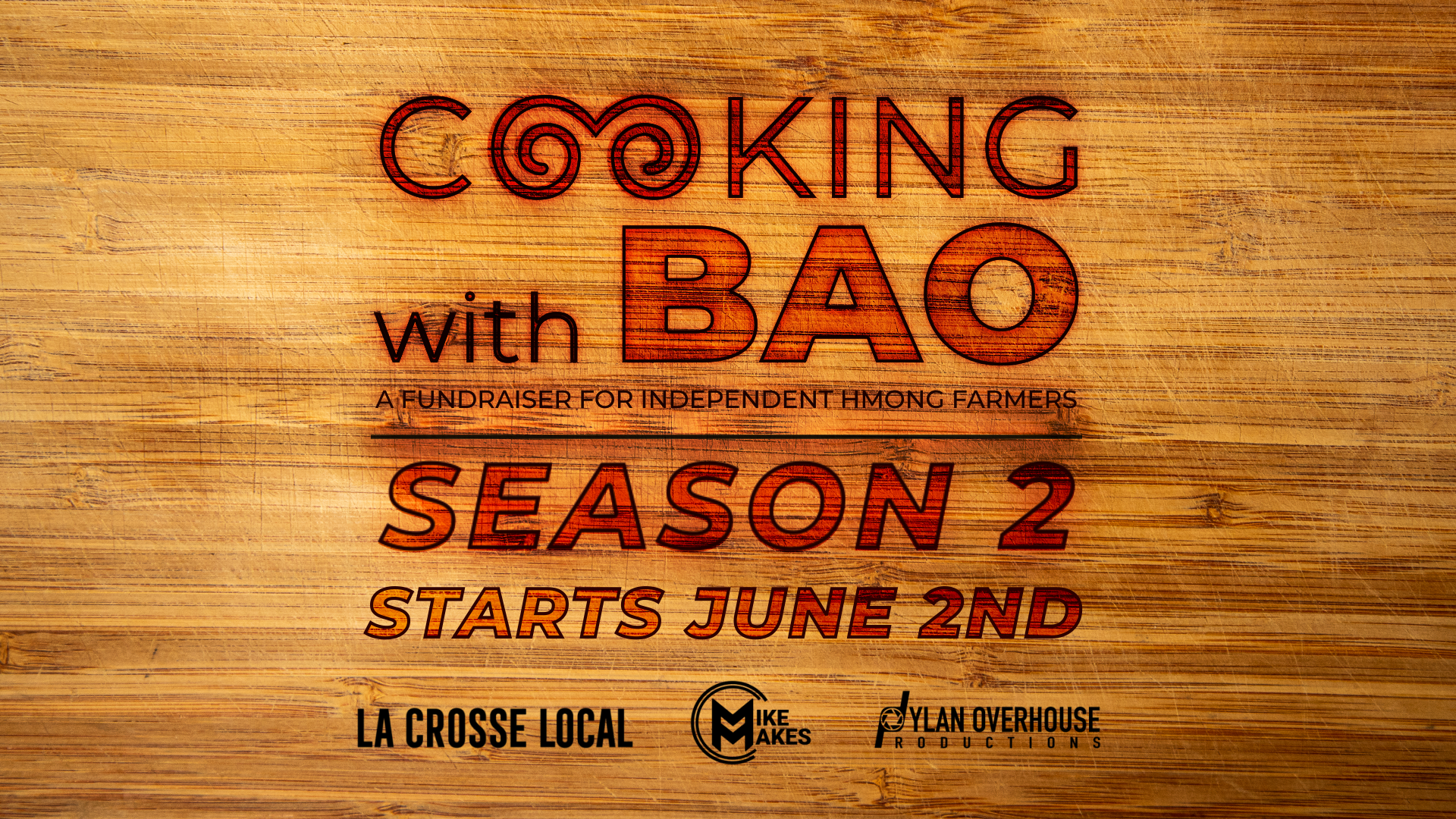 La Crosse, WI (June 1, 2022): The limited series cooking show “Cooking with Bao’‘ will be kicking off Season 2 Thursday, June 2 at 3:30pm with special guests. The released episodes will use ingredients readily available at area farmers markets.  For those that choose to follow along, recipe cards are available at https://lacrosselocal.com.

Individuals may donate via Venmo: venmo.com/ForIndependentHmongFarmersCorp.

La Crosse Local, Dylan Overhouse Productions, Mike Makes, and Bao Xiong, founder of the For Independent Hmong Farmers Corp. partnered to produce the 10 episodes. They will debut on Youtube and the La Crosse Local Facebook page.

“Cooking with Bao” was awarded a 2021 Specialty Crop Block Grant from the US Department of Agriculture and will be using funds for the rebuilding and establishing of a program to help Hmong farmers rebuild their business, as well as the production of Season 2, to further spread the message of Independent Hmong farmers in the La Crosse area.  Learn more.

Those who still wish to support Independent Hmong Farmers Corp and its ongoing programming may send donations to Venmo.